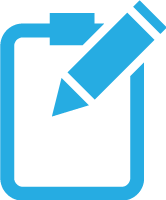 Congo, Democratic Rep. of the

Overview of Congo, Democratic Rep. of the

Established as a Belgian colony in 1908, the then-Republic of the Congo gained its independence in 1960, but its early years were marred by political and social instability. Col. Joseph MOBUTU seized power and declared himself president in a November 1965 coup. He subsequently changed his name - to MOBUTU Sese Seko - as well as that of the country - to Zaire. MOBUTU retained his position for 32 years through several sham elections, as well as through brutal force. Ethnic strife and civil war, touched off by a massive inflow of refugees in 1994 from fighting in Rwanda and Burundi, led in May 1997 to the toppling of the MOBUTU regime by a rebellion backed by Rwanda and Uganda and fronted by Laurent KABILA. He renamed the country the Democratic Republic of the Congo (DRC), but in August 1998 his regime was itself challenged by a second insurrection again backed by Rwanda and Uganda. Troops from Angola, Chad, Namibia, Sudan, and Zimbabwe intervened to support KABILA's regime. In January 2001, KABILA was assassinated and his son, Joseph KABILA, was named head of state. In October 2002, the new president was successful in negotiating the withdrawal of Rwandan forces occupying the eastern DRC; two months later, the Pretoria Accord was signed by all remaining warring parties to end the fighting and establish a government of national unity. A transitional government was set up in July 2003; it held a successful constitutional referendum in December 2005 and elections for the presidency, National Assembly, and provincial legislatures took place in 2006. In 2009, following a resurgence of conflict in the eastern DRC, the government signed a peace agreement with the National Congress for the Defense of the People (CNDP), a primarily Tutsi rebel group. An attempt to integrate CNDP members into the Congolese military failed, prompting their defection in 2012 and the formation of the M23 armed group - named after the 23 March 2009 peace agreements. Renewed conflict has lead to the displacement of large numbers of people and significant human rights abuses. As of February 2013, peace talks between the Congolese government and the M23 were on-going. In addition, the DRC continues to experience violence committed by other armed groups including the Democratic Forces for the Liberation of Rwanda and Mai Mai groups. In the most recent national elections, held in November 2011, disputed results allowed Joseph KABILA to be reelected to the presidency.

77,433,744
country comparison to the world: 20
note: estimates for this country explicitly take into account the effects of excess mortality due to AIDS; this can result in lower life expectancy, higher infant mortality, higher death rates, lower

over 200 African ethnic groups of which the majority are Bantu; the four largest tribes - Mongo, Luba, Kongo (all Bantu), and the Mangbetu-Azande (Hamitic) make up about 45% of the population